What The Navy SEALs Can Teach Us About Real Estate Success

Several years ago, I was studying under former Navy SEAL commander Mark Divine. This man is not an ordinary man. For starters, he’s 6'4” and solid muscle. His nickname when he was a SEAL was “cyborg.” He has all the physical characteristics we’d envision a Navy SEAL should have. But there is depth below the surface.

You may assume that Navy SEALS spend all day learning how to blow things up, but that couldn’t be further from the truth. They study and borrow disciplines rooted from ancient cultures to tap into areas of the mind that most of us don’t know exist to push themselves to places that break most people. They practice the smallest fundamentals of life over and over everyday.

One fundamental they practice is the simple act of breathing.

Navy SEALs can't afford to make mistakes. They need all of their faculties to think through options in the most stressful of circumstances. They must remain calm regardless of what chaos is exploding around them. And the only way to remain calm and be able to think clearly and rationally is breathing. So Navy SEALS practice breathing. Over and over again. Every day. This basic, often overlooked fundamental is one of the reasons they’re the most elite force on the planet.

Focus on the fundamentals

Being a real estate agent is a far leap from the Navy SEALS. We’re not saving anyone's lives. But, just as Navy SEALs are successful at their jobs because they practice the fundamentals over and over again, we too can build successful real estate businesses by practicing our own fundamentals.

Calling 10 past clients every day. Meeting face-to-face with 2 prospective clients every day. Getting involved in the community and meeting 3 new people every day. Going on a 30-minute walk every day. Sitting down for dinner with our family every day. These are just some of the fundamentals that are the building blocks to a sustainable business, as long as we continue to do them every single day.

A tale of two agents

I want to tell you a story about two real estate agents. They both began their careers at the same time, in their 20s, in a city that was new to them. Their first year, they both sold about 20 homes—pretty impressive for not really knowing anyone and having to rely on door-knocking and open houses.

In their second year, the first agent became fascinated with marketing, lead generation, internet technology, and other mass produced automation that he felt allowed him to "work smarter." The second agent continued knocking on doors and getting involved in the community.

During those first few years, the first agent got off to a quicker start—but both agents made progress and earned a living.

As the years went on, the first agent got so good at marketing and automation that he became a consultant to a top-ranked real estate coach and was recruited by an Internet company. The second agent didn’t even have a website; he just knocked on doors, met people, remembered people, and got more deeply involved in the community.

After about 10 years in business, they were both doing 50+ transactions a year. The difference was that 90% of the first agent's business was new clients brought in through marketing. The majority of the second agents' clients were repeats and referrals.

Then the Great Recession hit. The first agent doubled his marketing budget, blanketing the TV and the web. It didn’t matter. His production dropped like a rock.

The second agent did the simple things, day in and day out. His production stayed steady and he has never done less than 60 transactions in a year since his 5th year in real estate. And almost all of his business comes from his CRM database of people. These days, he's doing more than 100 transactions a year.

The first agent was me. I failed. But I learned from that other agent. I learned that the small things are everything.

Early in my career, I thought the best way to build a real estate business would be to quickly move past the fundamentals and on to more elaborate, more sophisticated techniques. As agents, we adorn ourselves in gadgets, technology, marketing, lead generation, jargon, and vision boards. We succumb to "magic" offered by consultants, speakers, and coaches who have never put into practice or earned a living (let alone built a life) using the tactics they themselves teach.

This compulsion is the novice’s curse—the rush to growth, to originality and risk. To move faster. To get more. But if you’ve ever had the opportunity to be taught by the very best in any field, you’ve likely been surprised at how simple, how fundamental, how basic the instruction was. Building a real estate business is no different. That was the first lesson I learned.

The other indisputable fact I learned is there are two types of Real Estate Agents:

They both may earn a lot of money. But the contrasts between the enjoyment, contentment, and peace in their lives are like night and day. Only one is sustainable. Only one will fuel the life you want.

Which leaves us with the most important question to ask ourselves: If we’re not taking a sustainable approach to building a business so we can enjoy life, what’s the point?

We are the sum of our days 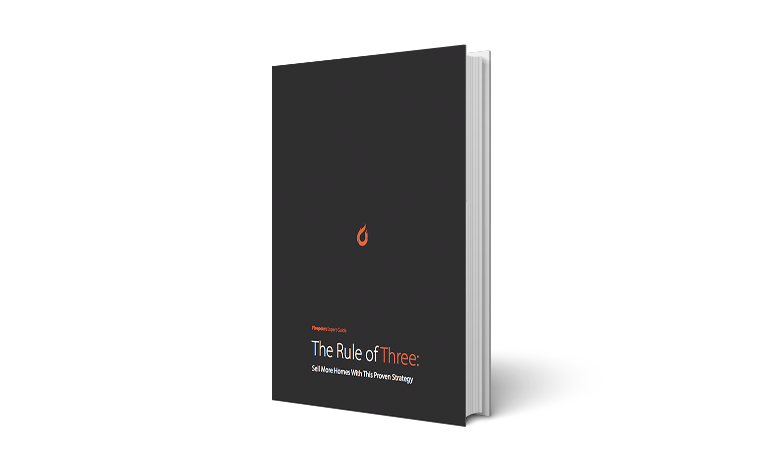